For people facing houselessness, crisis shelters are a short-term solution to a long-existing problem in our communities. 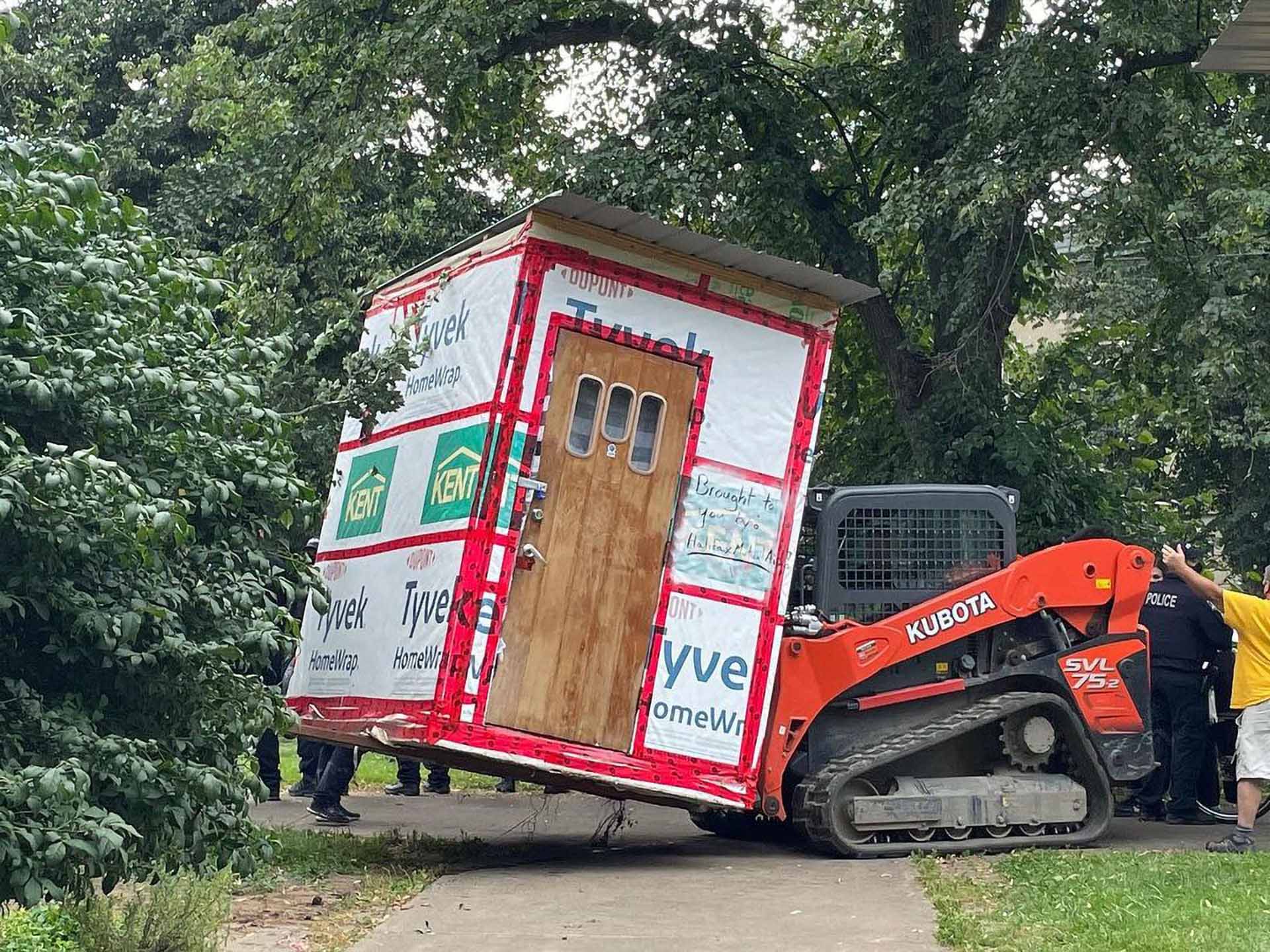 Halifax Mutual Aid is an organization committed to taking action against houselessness. Anonymous and volunteer-led, they offer open-source plans and instructions for folks to assist those in need. To those in power, taking action can be seen as a threat.

On August 18, 2021, neighbours in downtown Halifax were forcefully evicted by the city. Their shelters were dismantled and used as a symbol of lawlessness and disorder. Supporters and shelter users were pepper-sprayed and arrested. In the following months, we wanted to find a way to help. Partnering with Halifax Mutual Aid we created HolidayShelters.com and helped reframe the issue around the holiday season.

All money raised, around $4,000 was donated to Halifax Mutual Aid and is enough to assist in building 2-3 crisis shelters. Perhaps more importantly, we helped families talk about the issue of houselessness constructively and positively.